Our Engagement Story – The Proposal

I can’t believe I’m finally writing our proposal story! How fast did you click this LOL? After (almost) nine years together, I’m sure most of you were not holding your breath waiting on a proposal (I was almost there with you), but on November 21′ st 2019, Glen FINALLY put a ring on it. 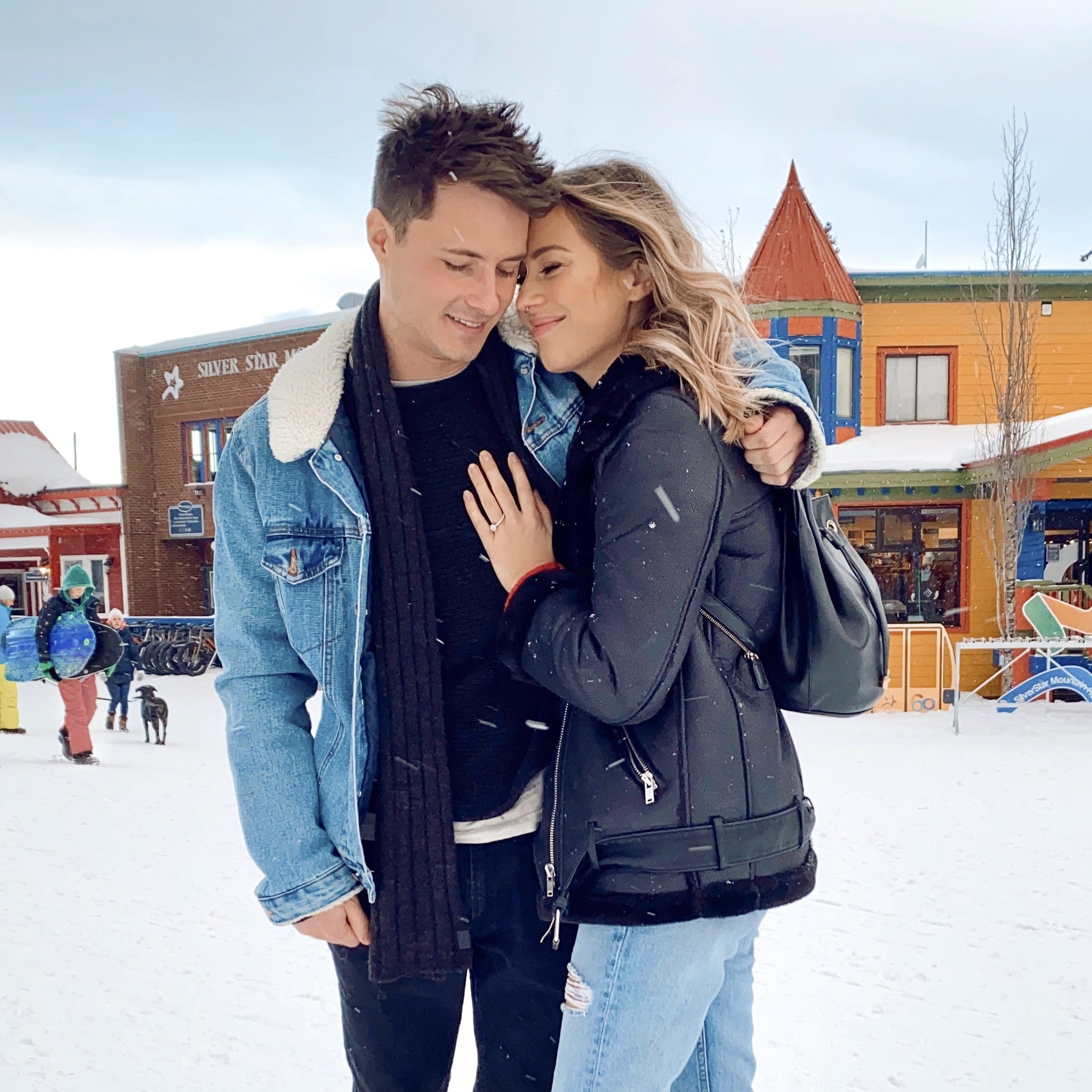 I had just returned from an awesome trip to Bali (you can read about it here OR watch my video about my trip) and Glen’s birthday was coming up later on in the month. Usually, I plan a party or something, but this year was a little different as I had my own surprise on the go. Earlier in September, I had messaged Glen’s favourite EDM artist/ producer, Illenium to see if he’d be able to hook us up with VIP tickets for his tour. The show was Nov. 30th and I had casually mentioned to Glen that we’d need to go down to Vancouver for work around the first week of December. It ended up working out well because Glen booked a job interview around the same time- so he wasn’t suspicious with my actual intent for the trip. With tickets secured, I also organized our friends Katie and Justin to come over from Vancouver island to surprise him for the evening and we’d all go to the show. Perfect.

The only thing was, I didn’t have an ACTUAL present for his birthday day on Nov. 21st- and I felt like a bit of a scab- so when he mentioned that HE had made plans for us to go up to the ski hill, I was relieved. As you may know, we met at Silver Star mountain resort back in 2008 and it’s about an hour from where we live in Kelowna. We love going up to snowboard, snowshoe or just grab lunch at our favourite spots, so it was the perfect plan. We drove up the night before his birthday and checked into our Airbnb before having a nice dinner out at Long Johns, the local pub. There was a mix up when checking into the Airbnb earlier on, and the host gifted us a bottle of wine- so we went back to the condo and enjoyed while catching up on Rick & Morty episodes. A lovely evening if I do say so myself.  I casually mentioned to Glen that “his present hadn’t arrived yet” (kinda true?) so instead, I tossed out a promise. According to Glen (and my family), I notoriously am ‘no fun’ and often would rather stay in- so I promised Glen that for the next 24 hours, I’d say yes to anything he wanted to do or try (little did I know…. LOL).

We woke up the next morning to a sunny, bluebird sky and started Glen’s birthday off by heading out to breakfast at the cafe where we met; Bugaboos. The owner Frank greeted us at the door and we had a good catch up while waiting for our food to arrive. The plan for the day was to go snow-shoeing – we’ve gone before with my parents who know the trails, but never alone. The trails here are well maintained, but it’s the beginning of the season, so everything looks a little different with less snow- so we left early.

Per usual, we had Lola with us and it’s pretty funny bringing a Chihuahua out on snow trails- she definitely attracts attention. We explored for about two hours before turning back towards downtown for a late lunch before heading out. After lunch, we went back to Bugaboos to grab a tea for the road home, and while sitting outside in the sun waiting for our order, I called my mum. We had missed her call earlier and she wanted to wish Glen a Happy Birthday. Coincidentally, as we were saying hello to my Mum, Glen’s dad rang on facetime all the way from Australia. Glen answered and quickly walked away to take the call so I missed what he said (more on this later). My mum and I chatted for a bit and I thought it was funny she kept being like “So…. how was your day?” and here I am like “It’s been really nice? Thanks for asking? lol”. Glen came back over and we wrapped up the call because we were about to head home. 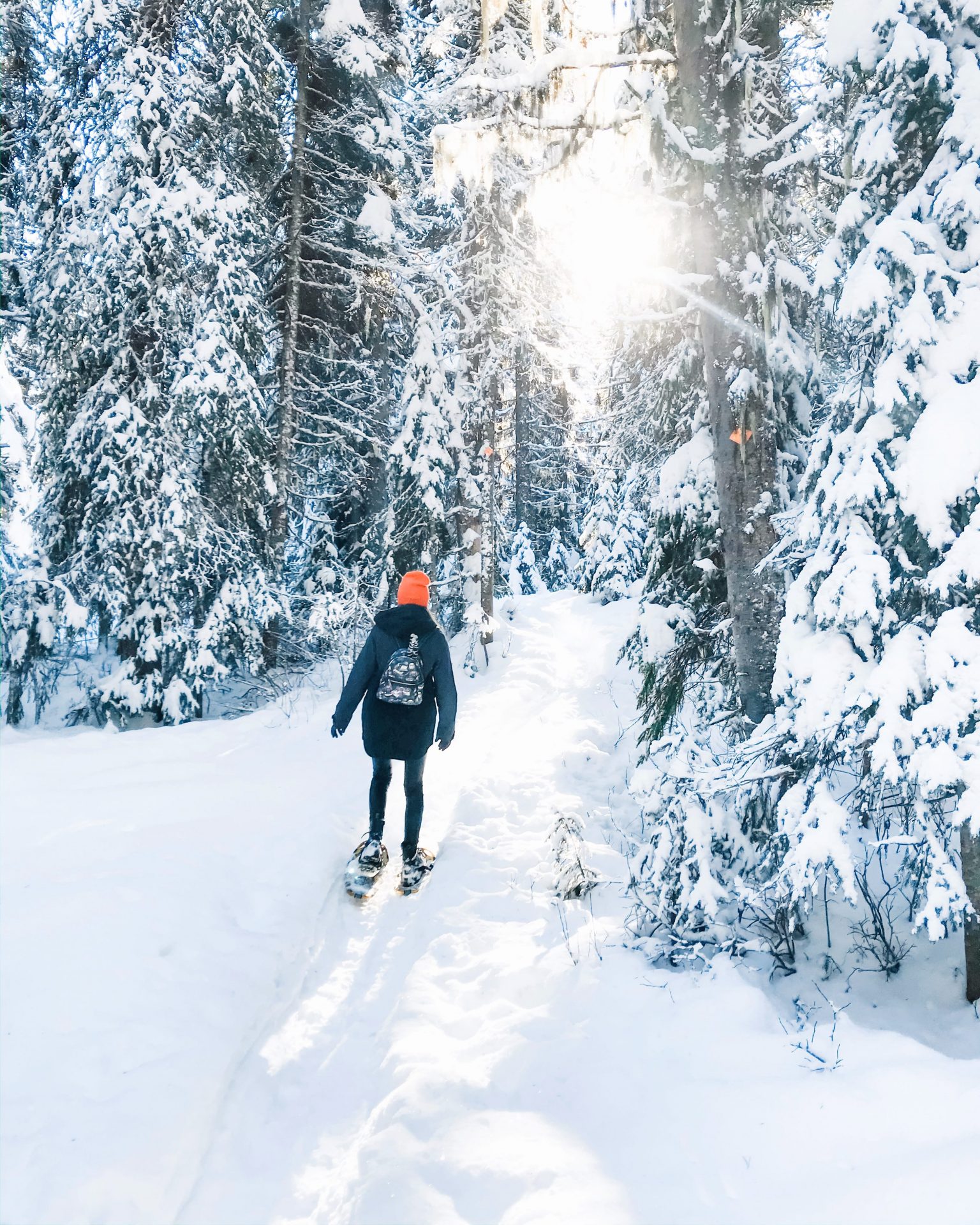 Now, I’m not gonna lie- in the back of my head the night before, I slightly wondered if Glen was going to propose on this trip. My friend Brooke responded to my insta story of us out at dinner with a “ooooooh how romantic” and I played it off because HOW many romantic trips and opportunities has Glen had- I didn’t want to get my hopes up- expectation is the thief of joy ya know? I also thought the likelihood of him proposing on his birthday was very little- so I pushed the thought. Since the trip was basically over and we were literally on our way back to the car, it didn’t cross my mind that it would happen NOW. 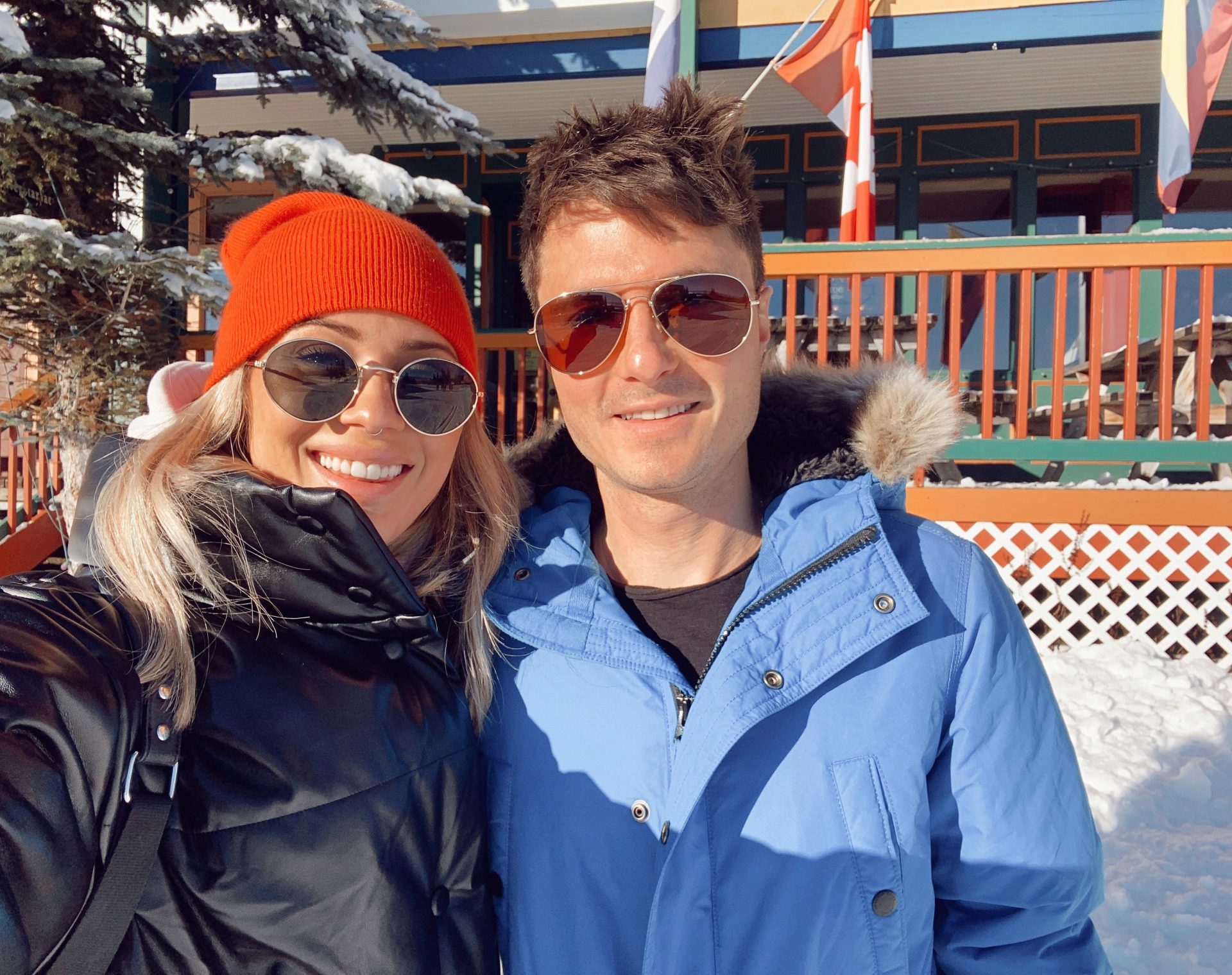 As we started walking back, Glen asked if he could grab some more b-roll footage of us to wrap up the vlog we were filming, so I obliged. We started goofing around and dancing weirdly (as we do LOL) and then I noticed he was actively trying to open his jacket pocket. He was holding Lola at that point and he bent down to set her down, but he didn’t come back up. After a split second, I realized holy shit! He was on one knee- I’m being proposed to- it was happening!!! I immediately started bawling. Luckily I was wearing glasses so you can’t see that in the video, but damn- I could barely see through all the tears. When people recount their proposals and say the ‘world stopped spinning’ and ‘all they could focus on was their partner’, they’re not lying. Anything could have happened in the background and I wouldn’t have noticed- the love of my life FINALLY was down on one knee and I could barely breathe. Time stopped. I don’t even know what he said- all I really remember is grabbing his face to kiss him and for some reason, I asked if he had asked my parents / “Was I allowed?” (LOL WTF?!)

Naturally, I said yes and he slipped the ring on my finger. It was so sweet how nervous he was- I haven’t ever seen him that way before. The ring is gorgeous. A platinum sparkler from the Australian jeweller Michael Hill, with a halo of diamonds surrounding the centrepiece and diamonds on every side. Whatever way you look at it, there’s sparkle. It was slightly too large, but I was glad because I’d rather it fit than not even fit on my finger. We have to get it remade because they can’t size down past a certain size or something? Not positive- but will keep you guys updated. 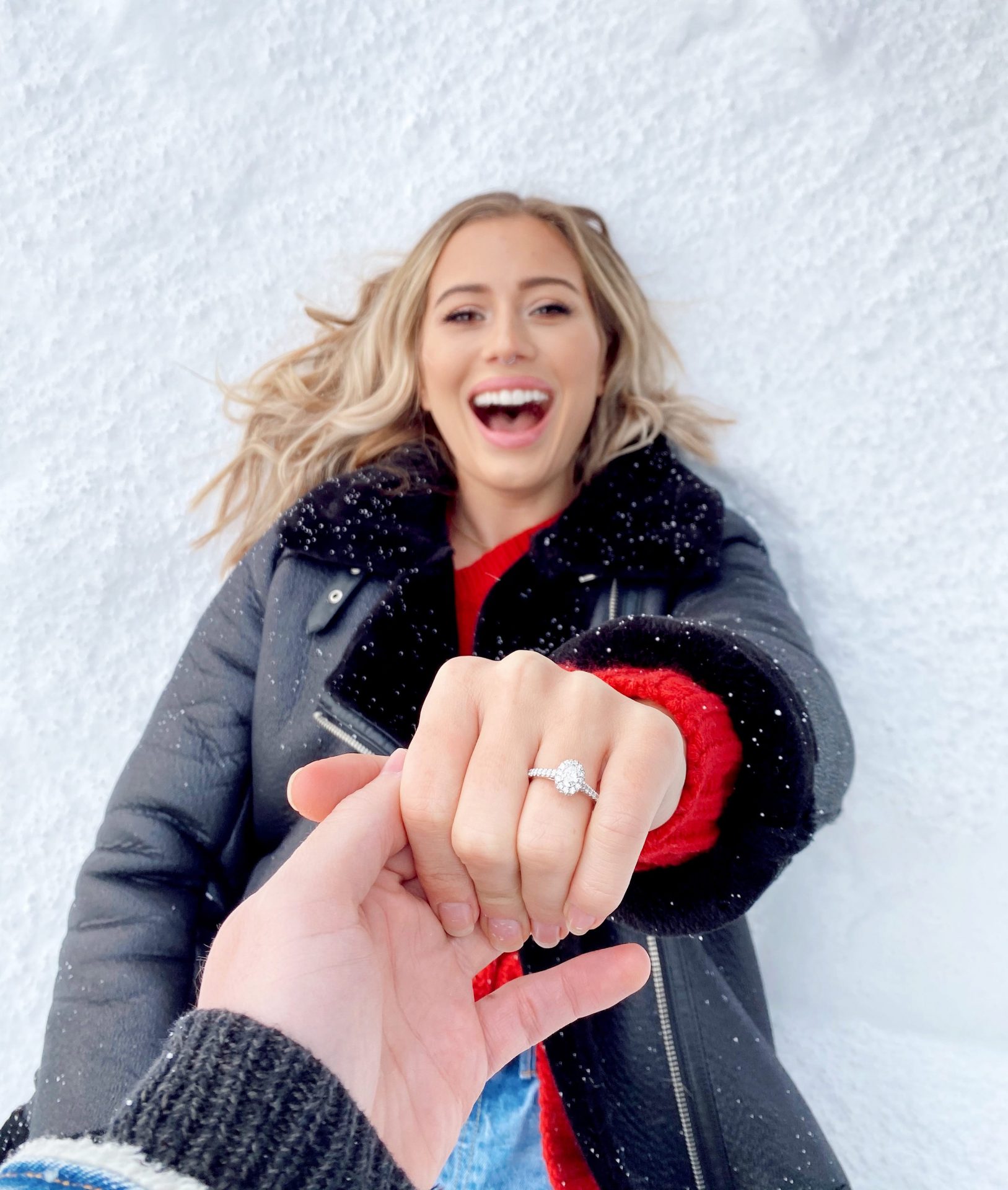 Turns out, Glen has had the ring FOR ALMOST A YEAR. He told my parents about it last January and they’ve been keeping it a secret. They kept quiet as I had at least two breakdowns in that timespan of “He’s never going to ask me” and “I feel like everyone else is progressing in their life, why not meeeeee” (WAHHH lol). SO THAT was why my mum was pressing when I called earlier, she obviously thought he had asked and I was calling to tell her! Glen had quickly walked away when his dad face-timed because the first thing his dad said (on loudspeaker) was “HAVE YOU ASKED HER YET” almost ruining the surprise! I didn’t hear because I was talking to my mum. ODDS!

After the proposal, we walked back to the car and I stopped a stranger to get a picture of us out front of the Silver Star sign. It felt so weird but awesome to say “Excuse me, sir, he just proposed- could you please take a picture of my fiancee and I?”

I HAVE A FIANCEE!!!! THIS IS REAL LIFE! I’M A FIANCEE!! (It’s not doing the fancy accent over the e but you get the point LOL) I felt giddy and ridiculously grateful for everything in my life. I honestly couldn’t believe I actually had a ring on my finger! After all this time!! I was grinning ear to ear the entire car ride home. 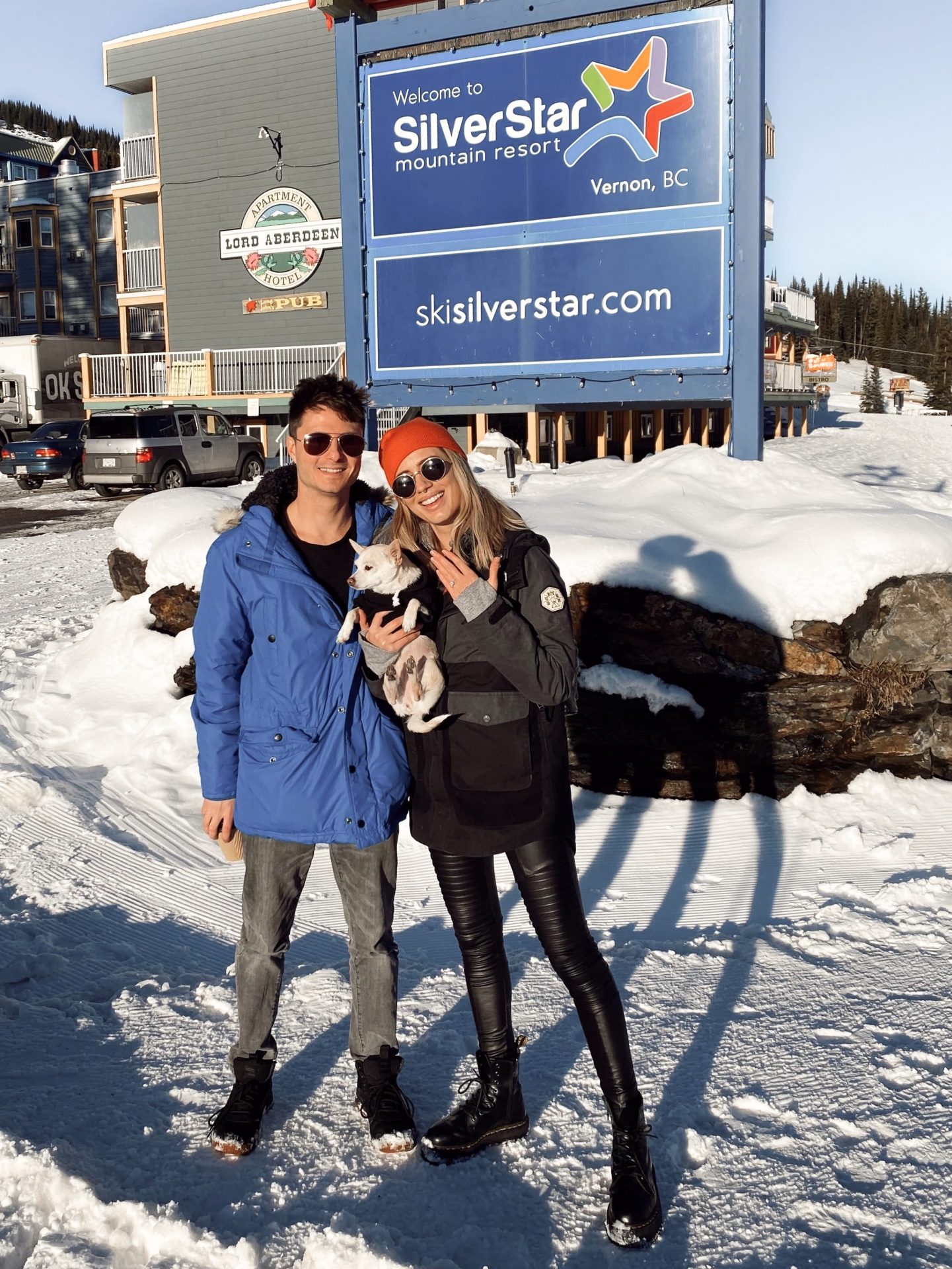 When we got back to Kelowna, we called my parents, who went straight to the “OH MY GOD GLEN ABOUT FREAKING TIME!!” (lol) they were dying keeping the secret, especially when I had been sad about it earlier in the year. My little brother teared up when we called him, which was really sweet (he’s usually very stoic). Calling our friends was so much fun- I don’t think I’ve ever felt so loved. It was magical sharing our excitement with our people- especially since it was such a long time coming. 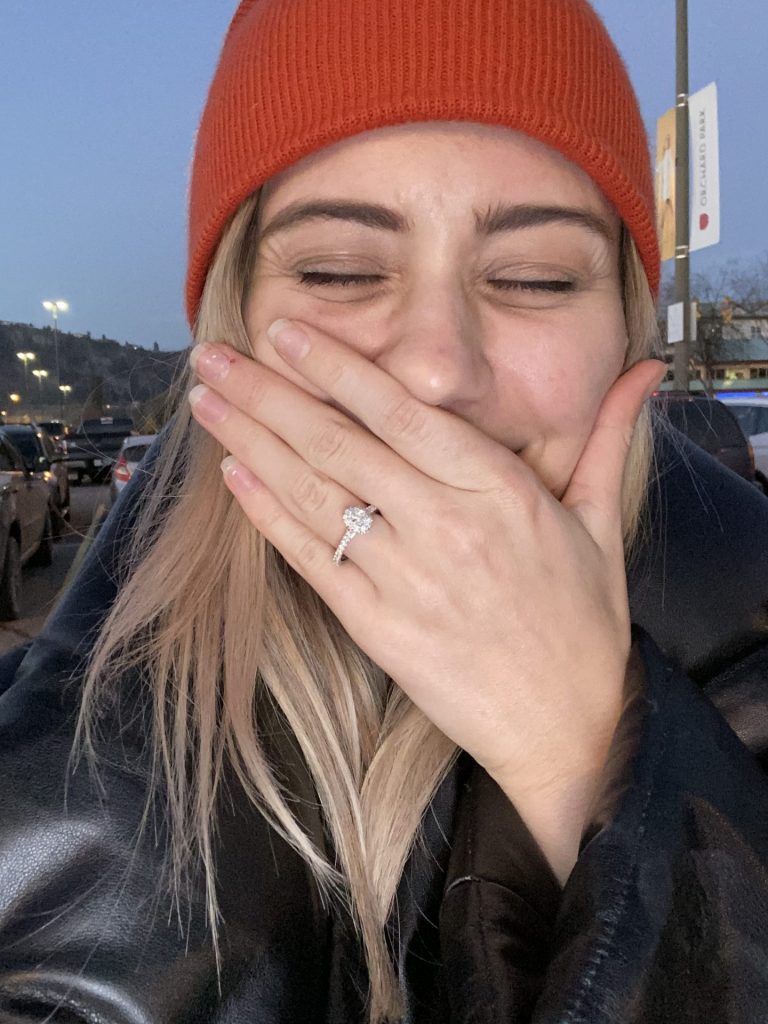 Since it was STILL Glen’s birthday, he wanted to go see a movie (LOL WHAT! ok?) so we went to a movie- I don’t even remember what we saw. I spent the entire film looking down at my hand.

So that’s our engagement story, and how I ended up being Glen’s birthday present. The following week when we went down to Vancouver, I surprised him with his actual birthday present of Justin, Katie and the Illenium tickets. I somehow also managed to plan a very last-minute engagement photoshoot with our friend who randomly had a free day in Vancouver, so I thought I’d include some of those photos too 🙂 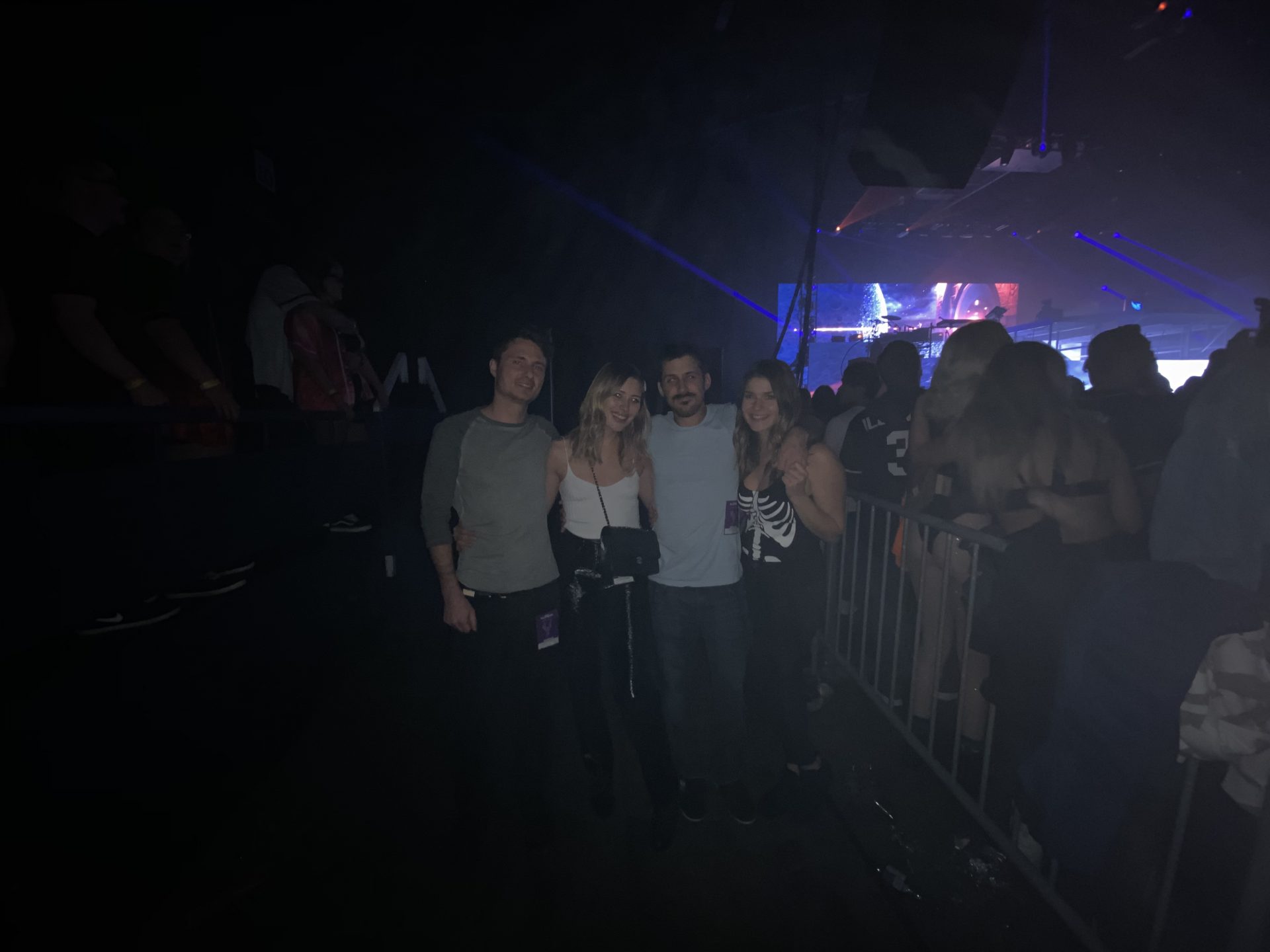 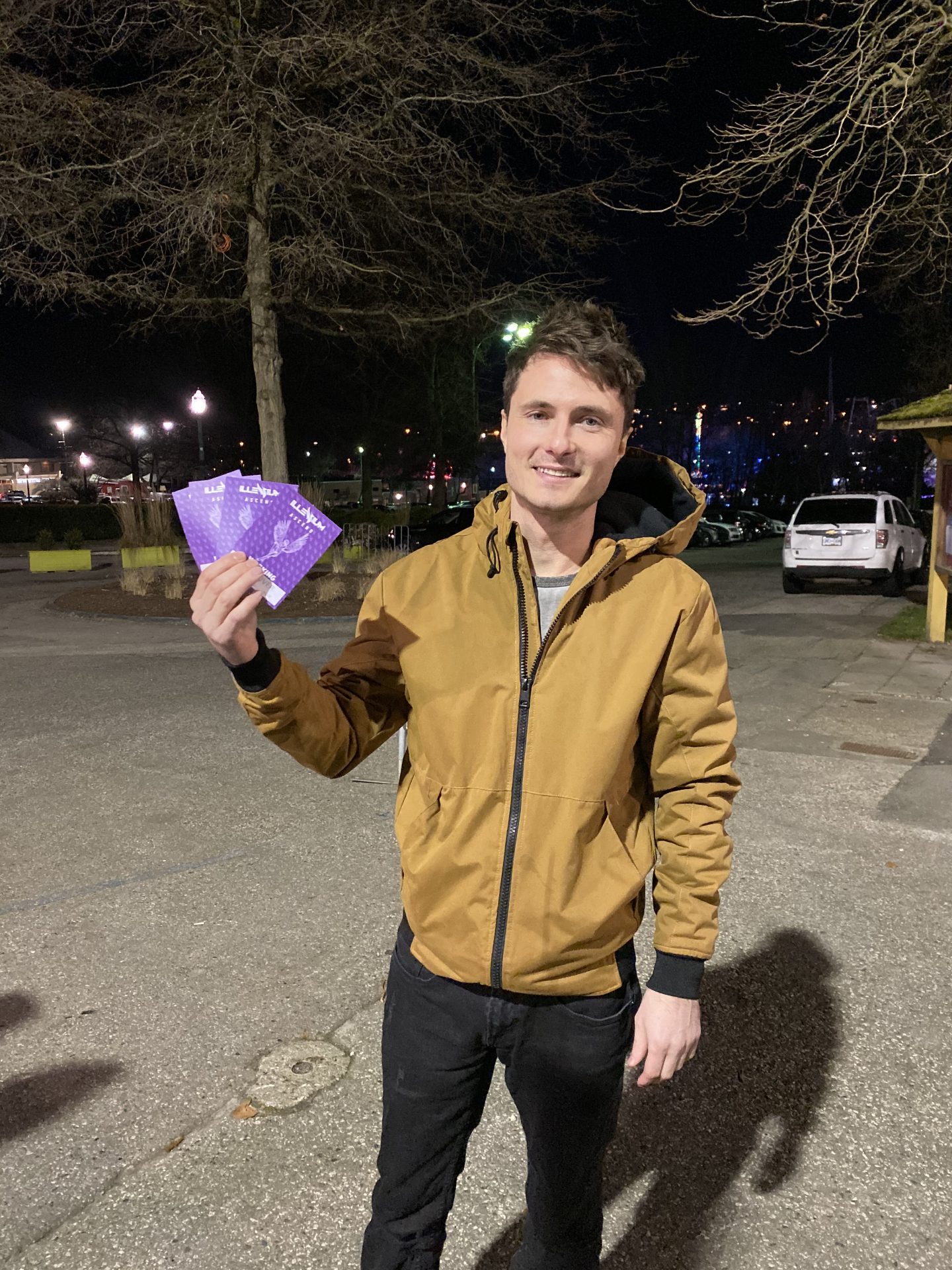 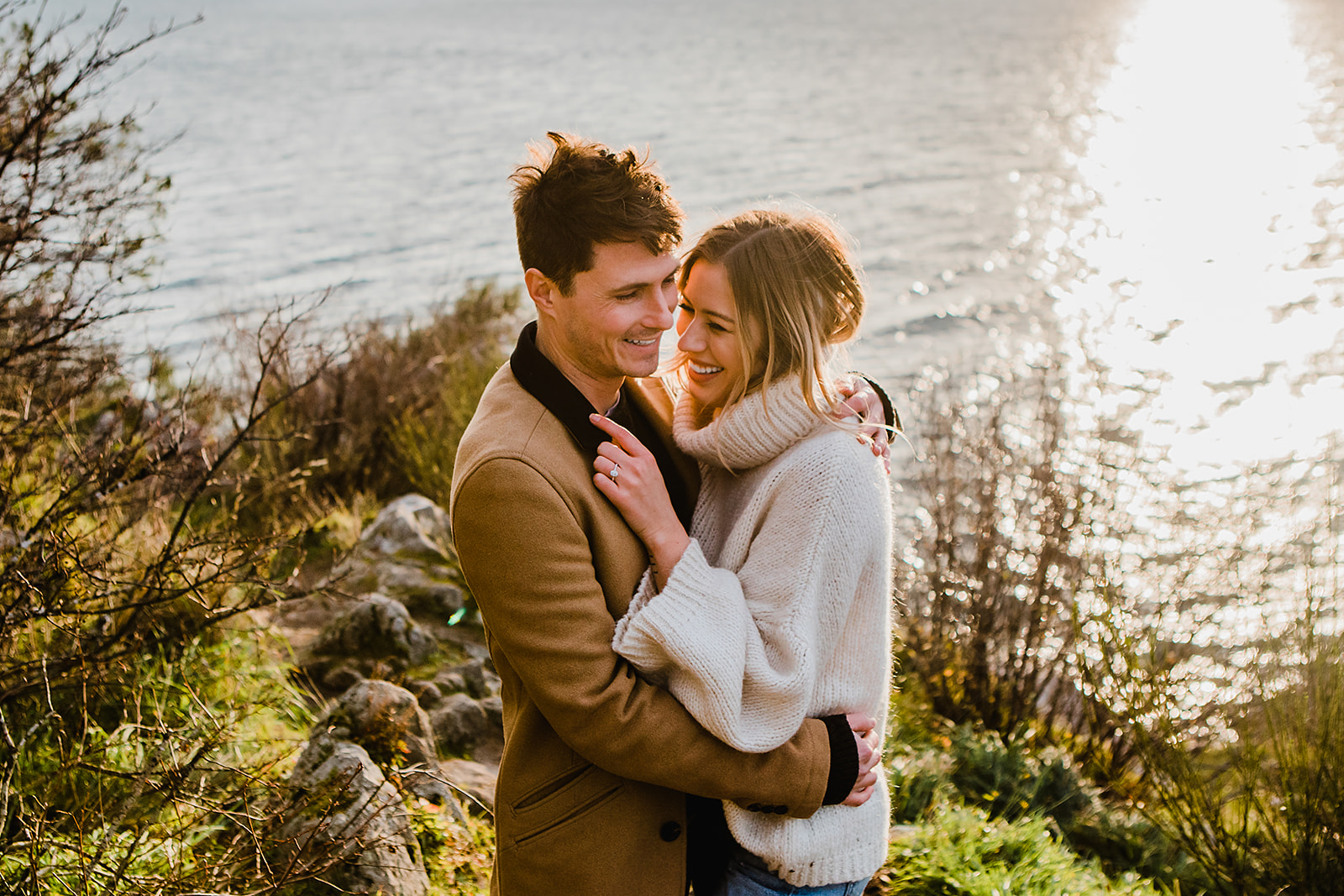 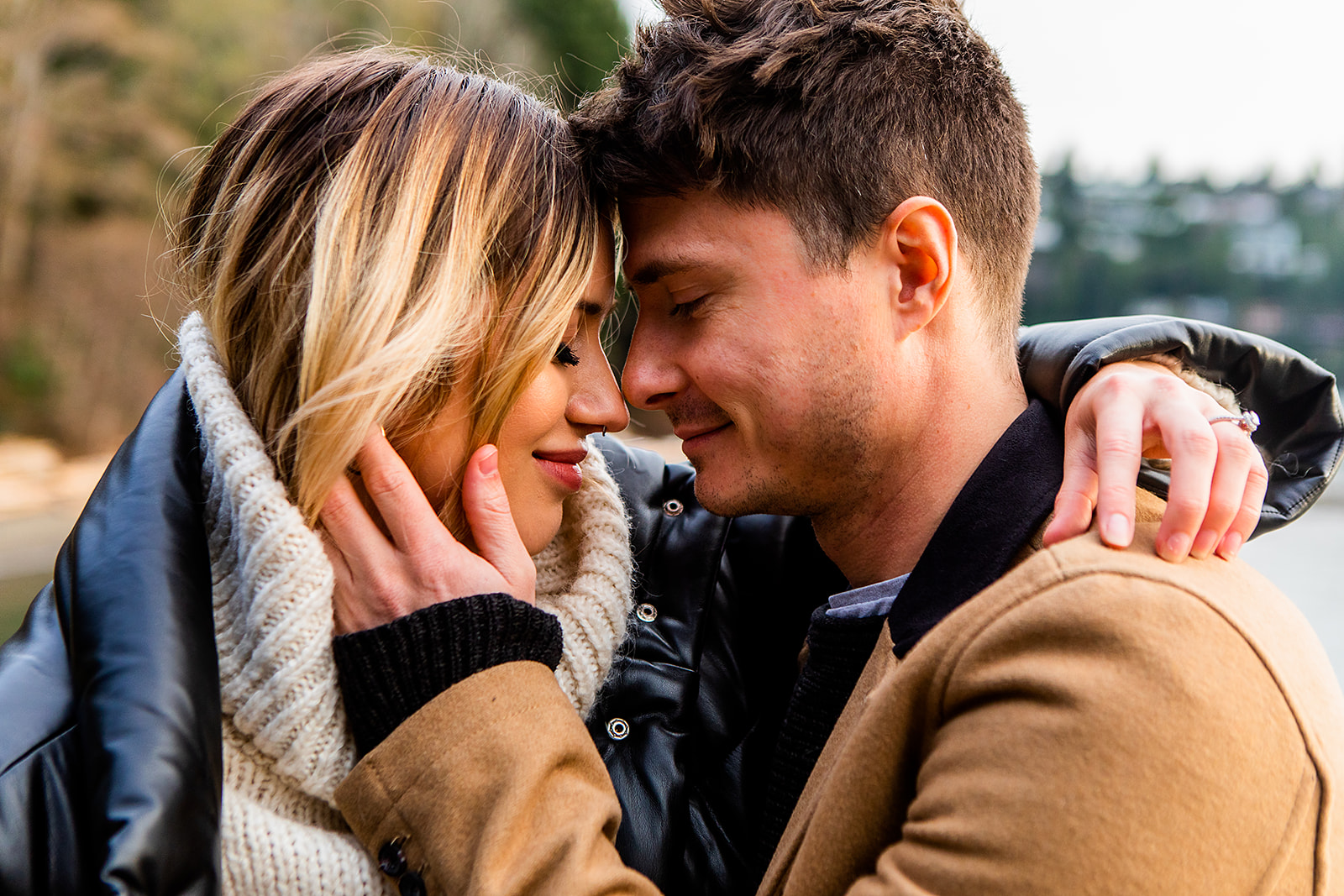 SO now that I’ve shared all that with you… you’re probably wondering when the wedding is, and whether or not I’ll be sharing the planning process (read your mind, didn’t I 😛 ) We decided over the Christmas holiday that we’d keep it super simple, and get married on my parent’s property this coming June. This wedding is going to be relaxed, fun and absolutely non-traditional. I’d love to share as much as we feel comfortable with sharing, but likely the bulk of the wedding-related content will go up after the actual wedding. It’s hard enough planning a wedding let alone having so many outside opinions before the date lol. I don’t want to put pressure on it. For now, that’s what we’ll leave you with 🙂

I hope you enjoyed reading about how Glen finally proposed, and a massive thank you for all the well wishes and messages.

I’m so excited to have you all along for this next chapter in our lives.

P.S If you’d like to know more about how we met, our Australian/ Canadian long distance relationship or commonly asked questions, check out this video 🙂 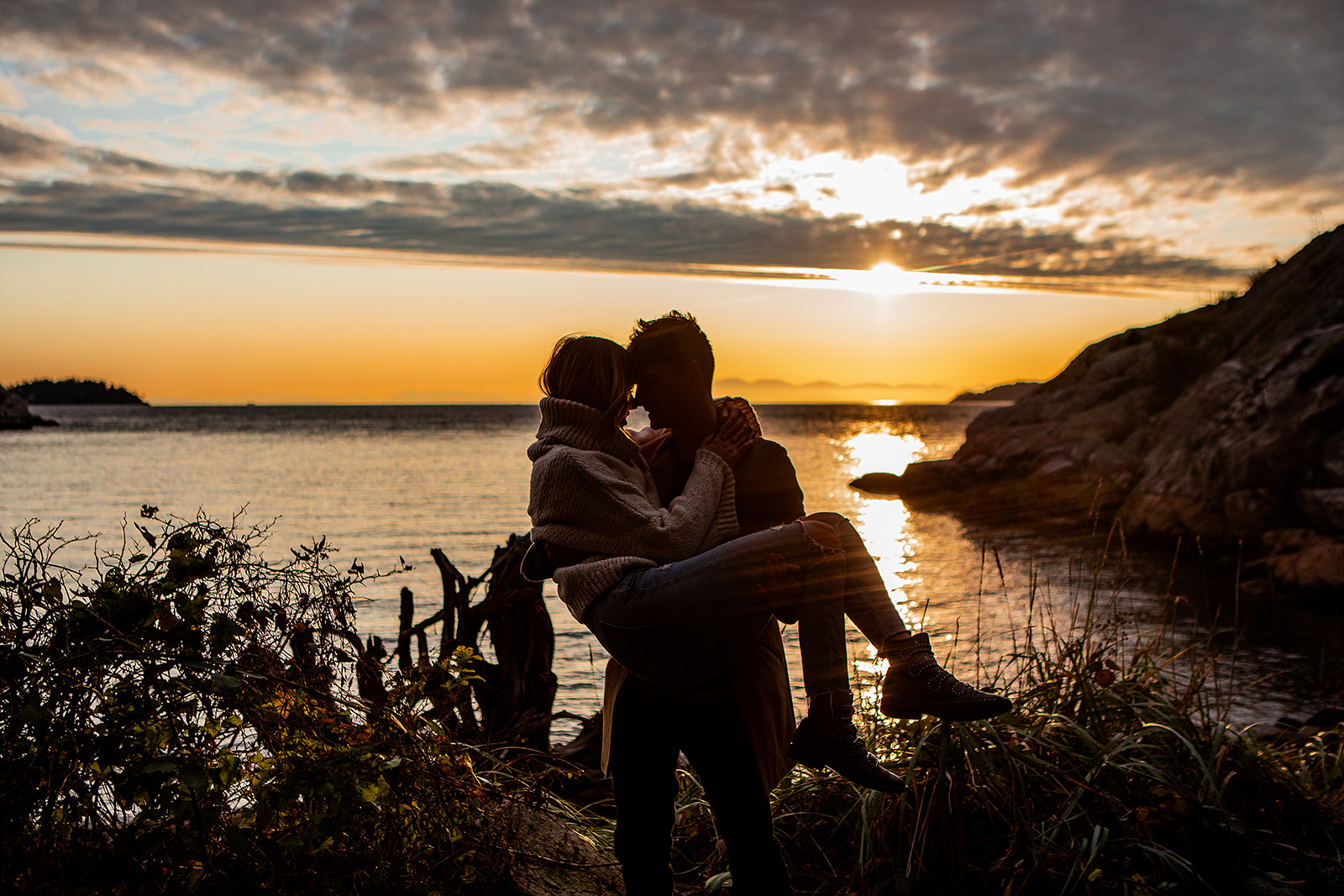 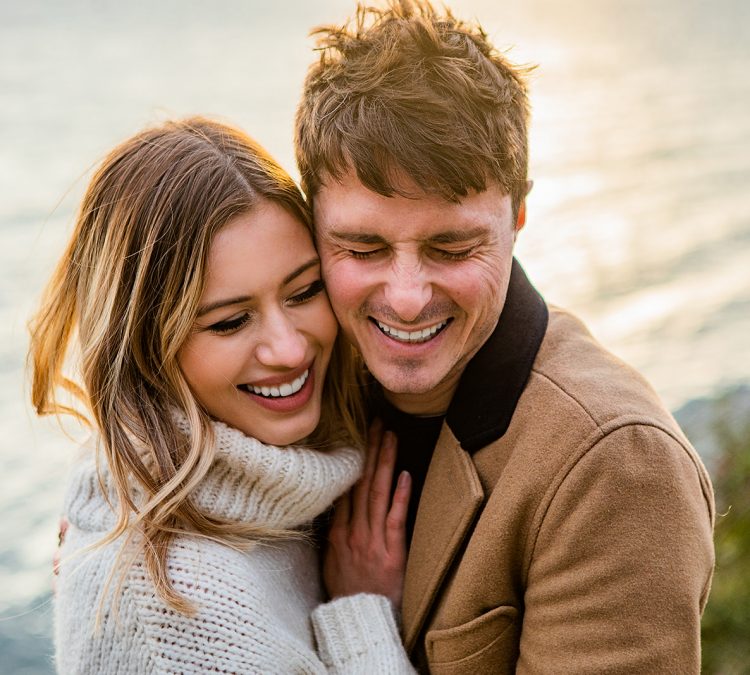 Our Engagement Story – The Proposal 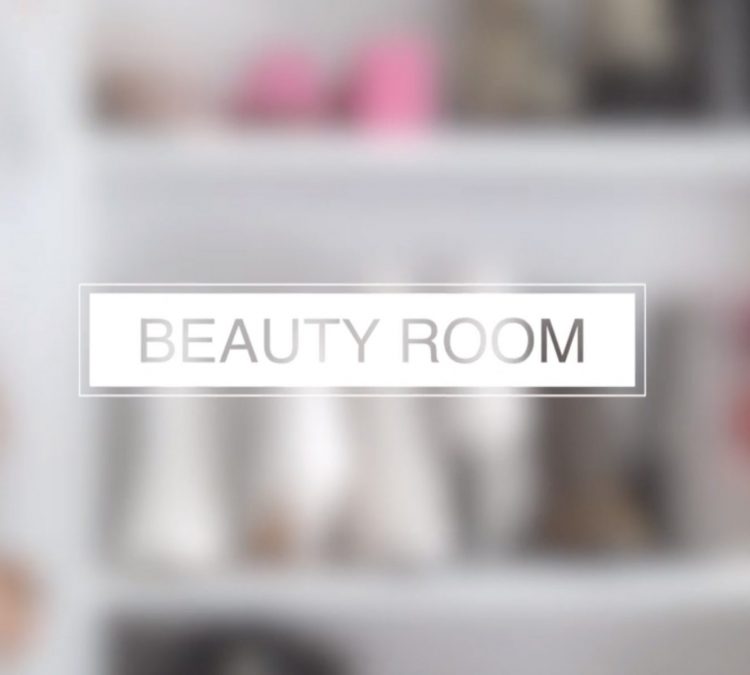 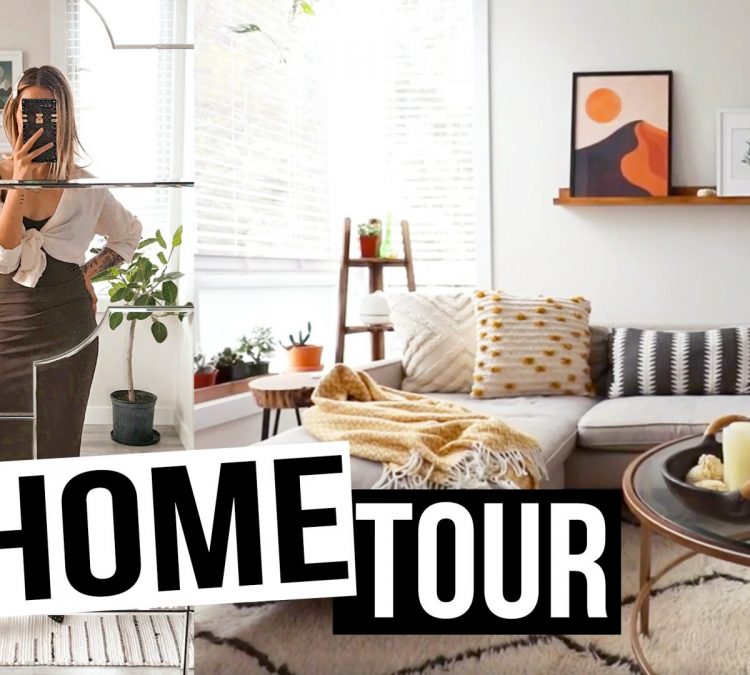